Eventually after a 5-year-silence, I have decided to collect together some of my songs (those in turkish) and release this album called “Aptal Insan”, which means Stupid Human. This time I decided to do everything from tip to toe myself, I mean, not just the songs themselves, their arrangements, writing the lyrics and singing but also making the mixing and mastering and even (now) promoting. Honestly I discovered there was too much to learn. And still, a perfectionist like me would never be content by the outcome, but anyway, I tried to do the best that I can with the tools that I have. In that sense, this was, as a whole, a very satisfying 4-5 month journey. Though, I must admit, it was a very difficult work. I totally respect those sound engineers with what they are doing about the mixing and mastering stages.

I will share the links and the stories of each song individually in the following days but for now I’m giving you the Spotify link. You can still listen to it even without a subscription and with some possible advertisements of course. Apart from Spotify, it’s also available on other digital stores such as Apple music, Deezer, Google play, Tidal etc and in apps like TikTok, Instagram (stories) and Facebook (stories) where you can find me as “Taquo”. And what can you do to support? 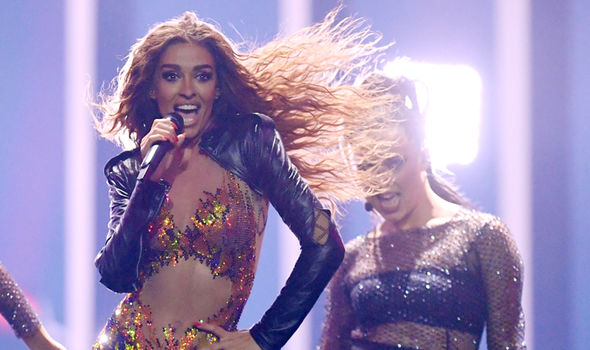 I have always wanted to remember what I was listening in the past, like, say, three years ago this time. But, no, I didn’t ever do it. I didn’t quite have a proper method as well but a simple sheet on excel. Whatever, eventually I decided to share with you, people, what sticks on my mind most. They don’t necessarily have to be new songs, naturally, as for some reason, these songs have been earworms in the past month.
For instance, at number 4 this month, you see “Evergreen” from Barbara Streisand which is a song from centuries ago. It’s on this list just because I sang it on Smule and it turned out to be an earworm. Top 3 is naturally eurovision songs. Surprised? Don’t be!
There goes my billboard chart below…

It’s not very usual that you get to see a good scary movie. The IMDB points are mostly around 5 and honestly speaking, I don’t want to waste my time for a movie which is averagely voted.

The Hollywood Reporter John DeFore
A terrifying thriller with a surprisingly warm heart, John Krasinski’s A Quiet Place is a monster-movie allegory for parenting in a world gone very, very wrong.
https://www.hollywoodreporter.com/review/a-quiet-place-review-1093580

Though I was sort of lucky this year to come across some really good ones of this genre. Well, let’s say, thriller/suspense, more than horror.
In that sense, after The Killing of a Sacred Deer and Mother!, A Quiet Place also made it to my top list.

RogerEbert.com Brian Tallerico
A Quiet Place shreds the nerves, but it does so in a way that feels rewarding. You don’t just walk out having experienced a thrill ride, you walk out on a high, the kind of high that only comes from the best horror movies.
https://www.rogerebert.com/reviews/a-quiet-place-2018

The movie is another post-apocalyptic one where the earth is invaded by sound-sensitive aliens. For the first 10 minutes or so, I had to play with the sound to understand what was wrong with the TV, trying to understand why there was no sound. Then I realized and remembered the title of the movie, which made sense.
The tension throughout the movie is so well kept high. Certainly every now and then you keep asking yourself how could they be so silly to make such idiotic moves that would probably produce some sound but overall, by the end of the movie, my feeling was that it definitely deserves its IMdB point. There is definitely no exaggeration in that.
I will leave you with the trailer. Watch it if you still haven’t.

I had this dilemma this week whether I should make separate posts for the two semifinals and the final or not. Then I realized how time consuming this would be. So in this post, I will be skipping the semifinals.

#Eurovision2018 opens with #fado. Good choice but not surprised certainly#EUROVISION2018#EUROVISION#ALLABOARD

The big event opened with fado. As the contest was in Portugal, that was almost certain, of course. Personally I like Fado even though I don’t speak portuguese. The words also have great importance but eventually I like what I hear. But not throughout the contest. I guess Portugal dosed off a bit…

In no particular order, my top 10 countries are:

Bulgaria (I didn’t even follow where they ended up)
Finland (I kinda liked the song and found it quite catchy but I guess they finished in one of the last positions)
Denmark (This one was not my personal top 10 but thought would recieve a lot of points)
Slovenia (They performed at the beginning and brought some kind of light and energy to the stage)
Lithuania (Less is more. Needs no further explanation)
Austria (I never thought they would end up that high but still it is in my top 10)
Estonia (The costume itself deserves a top 10 but what a voice!)

Ok so the before the big moment arrives, here’s my personal minor moment. My #top3 is #FRA #ISR and #CYP in no particular order.
My intuition says #FRA
My heart says #CYP and
My chicken says #ISR is going to be the winner. #EUROVISION2018#EUROVISION#ALLABOARD

France (What I loved about this song was that it was so plain, nice, to the point)
Cyprus (I would be as happy if they could win. So catchy and sexy)
Israel (No need to say a word. It stucks in your brain from the first moment. I also loved her words after winning. Thank you so much for choosing the different)

As an 80’s kid, is there anyone who is not excited about the news? ABBA is making a two-song-return after 35 years. They are (not were, still) one of my favorite bands and I’m proud to say I still listen to their songs (even sometimes sing them on #smule).
One of two songs of the group (Bjorn Ulvaeus, Benny Andersson, Agnetha Faltskog and Anni-Frid Lyngstad) is “I Still Have Faith In You“ and is said to be released in december this year.

“It resulted in two new songs and one of them, ‘I Still Have Faith In You,’ will be performed by our digital selves in a TV special produced by NBC and the BBC aimed for broadcasting in December.”

Now it all comes down to how the songs are going to be. Will they have the same 70’s taste, as we like to hear from ABBA, or will it have a more 2000’s sound? If so, will it break the Abba spell? Would be enough to break the spell anyway? Or does it really matter how good or bad the songs might be?

WIKIPEDIA
ABBA are a Swedish pop group, formed in Stockholm in 1972 by Agnetha Fältskog, Björn Ulvaeus, Benny Andersson, and Anni-Frid Lyngstad: the group name derives from the first letter in each of their names. They became one of the most commercially successful acts in the history of popular music, topping the charts worldwide from 1974 to 1982. ABBA won the Eurovision Song Contest 1974 at The Dome in Brighton, UK, giving Sweden its first triumph in the contest. They are the most successful group to have taken part in the competition.

Well, personally I don’t mind much! There will always be plenty other songs of theirs that are ready to watch on YouTube. There I’m leaving you with one of them. Let’s thank them for the music 🎼

Hello Art Lover! Would you be interested in receiving new artworks and discounts news in your inbox?

A little about me